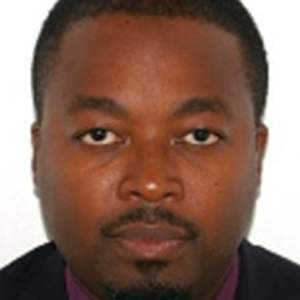 Symerre Grey-Johnson joined the NEPAD Agency in 2014 and since then he has held a number of senior positions. He is currently the Head of Regional Integration, Infrastructure and Trade Programme.

Prior to joining the NEPAD Agency, he worked for the German Development Agency (GIZ). His work focused on assisting African Institutions implement their mandates and was initially seconded to the African Forum for Utility Regulators (AFUR). Thereafter, he served as Technical Advisor under the GIZ programme to support the Collaborative Africa Budget Reform Initiative (CABRI) and later worked as Component Manager under the GIZ programme to Support Pan-African Institutions (SPAI).

In his home country, The Gambia, he worked at Gambia Public Utility Regulatory Authority (PURA) as the Director in charge of Policy, Strategy and Consumer Affairs. Symerre holds a Bachelor’s degree from Dalhousie University in Halifax Canada and a Masters of Arts degree in International Economics from the University of Colorado, Denver USA.