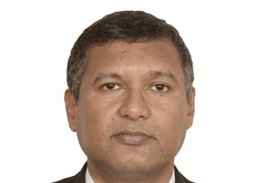 Sanjay is a CFO/Investment Director of Kukuza Project Development Company (A JV of Exim Bank, SBI, IL&FS & AfDB) and has accumulated over twenty five years of experience in infrastructure development and investment in the Middle East, Africa and Asia. He has extensive experience in acting as project developer as well as principal investor on infrastructure privatisation projects, giving him a unique appreciation of both sides of the table in the PPP industry.

Sanjay holds a Bachelor of Technology Degree in Metallurgical Engineering and a Master of Management with specialisation in technology and finance, both from Indian Institute of Technology, Mumbai, India.