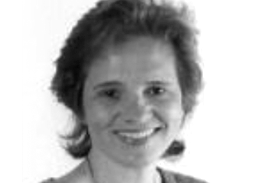 Ruth Beckers has been active in project finance for more than 20 years. She has been conducting business worldwide, with extensive experience in Middle East, Africa, and Asia. Acting as a project developer and financial advisor to equity investors, other developers, project companies, and host governments, she has gained expertise in every stage of development, financing, construction, and operations. Ruth is presently based in Cape Town, South Africa.

She has closed over $15 billion in projects worldwide, including the first IPPs in the Ivory Coast, Mali, India, Pakistan, and the first private airport in South Africa.

Earlier this year, she closed the first IPP in Mali, where she acted as Financial Advisor. She arranged a combination of Islamic and conventional financing which was groundbreaking in the area. In this deal, she also structured: the equity participation; the terms of all the major contracts, including the EPC contract, the O&M contract, and the off-take agreement; the concession with the host government and the loan agreements; and designed a comprehensive insurance program.

Ruth, in her previous role as a Vice President for ABB Middle East & Africa, she led interdisciplinary ABB teams in project bids (over $50 billion dollars, collectively) and also led the effort to build-up and train ABB’s regional offices in the

execution of infrastructure projects. In this role, she developed

into project coordination and HR issues.

She worked with the ABB Project and Trade Finance unit in senior management positions for more than 15 years. Her analytical skills, her team-based approach and her capability to find marketable solutions for often difficult projects and countries were key to her closing track record. She has gained vast experience across all sectors, including power, transportation (rolling stock and airports) and oil & gas.

Besides working independently and for a listed corporate, she has also participated in a start-up company (backed by a UK Hedge Fund and family offices) that invested in infrastructure projects.

She is currently on the Board of a Special Purpose Company in West Africa representing an Owners’ Group. Ruth is based in Cape Town, South Africa but has spent many years with ABB in Sweden, the US, and in ABB’s worldwide headquarters in Zurich, Switzerland where she helped establish and grow the project finance business to 140 professionals in 18 countries, closing $5 billion per year.

Ruth is also an experienced trainer and has conducted project finance workshops for the Swiss Banking School, the Institute for International Research, FITCH, and various industrial companies in China, the Middle East and Europe. She has a teaching certificate from the SVEB (Swiss Association of Adult Education).