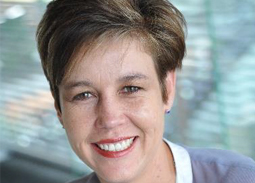 After earning her BSc (Hons) Rentia joined ABSA bank and later completed her MBL (Masters in Business Leadership) and EDP (Executive Development Programme). She joined the Industrial Development Corporation (IDC) where she started in the Economic Research department, was seconded to the office of the minister of Minerals and Energy as advisor and joined the IDC’s mining business unit when she returned in 2000. She was promoted to Head: Wood & Paper Strategic business unit in 2003 and later Head: Green Industries, a new unit formed in 2011, where she lead the team focusing on renewable energy, energy efficiency, fuel based energy and other green related initiatives.

Rentia joined Standard Bank in 2014, with a focus on developing and implementing opportunities for Standard Bank to be the leading funder of renewable and power projects in SA and the rest of Africa. She has recently taken on the role as Head: Power in Corporate and Investment

Banking and continue to focus on developing the franchise.