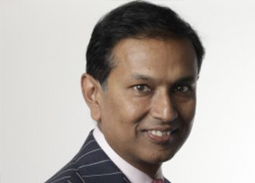 Raj specialises in infrastructure and utility projects, including projects in the power, transport (road and rail), water, waste, and oil and gas sectors. He has advised on a variety of concession-based contracts, the regulation of utility and transport companies and PFI/PPP projects. He has worked in the UK, the Middle East and throughout Africa, acting for a mixture of developers, sponsors, lenders and governments. Raj is a Malaysian national who grew up in Malaysia. He acts for a number of Malaysian companies and has deep connections with South-East Asia where he grew up.

His focus at Dentons is on originating, structuring, facilitating and advising on transactions in corporate, private equity, real estate, oil and gas, energy and infrastructure globally with a focus on Sub-Saharan Africa and South-East Asia. He is an active member of Dentons’ Global Africa Group and is passionate about the development of the Continent.

He has been advising on PPP projects since the early 90s when the UK government initially started its PFI/PPP programme and advised on many ground-breaking PPP projects such as the Highways Agency’s road PPP programme (including the multi billion pound M25 project), the MOD’s water and wastewater project (Project Aquatrine) and the first municipal PPP project in the Middle East (Ajman Wastewater). His focus on projects in Africa has included advising on the sale of a partial interest in GZ Industries in Nigeria (Private Equity Deal of the Year 2013), Azura Power IPP in Nigeria, the Lagos Metro Blue Line in Nigeria, an investment in Petrobras Africa, RVR Railway in Kenya and the sale of shares in FHN.