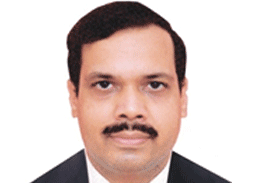 Paritosh Gupta is Chief Executive Officer, Kukuza Project Development Company (a JV of African Development Bank (AfDB), Export-Import Bank of India (Exim Bank), State Bank of India (SBI) and Infrastructure Leasing & Financial Services Limited(IL&FS), which has been set up to take up project development in infrastructure sector in the African continent. The Company is headquartered in Mauritius and has recently commenced its full fledged operations.

He holds the position of CEO in IL&FS and is on deputation to KPDC.

He has done M.A in Economics from the Delhi School of Economics (1985) and holds Masters in Business Administration from the Indian Institute of Management (IIM) Lucknow with specialization in Marketing and Finance (1987). He is also the recipient of the British Nehru Fellowship Award (1994) and MonbushoFellowship Award (1996), Japan.

He is a key business leader and strategist with 30 years of broad-based experience of leading, developing and financing of infrastructure projects across various sectors with extensive exposure to business partnership with Government.

Confederation of Indian Industry (CII), a platform comprising of

industry leaders and experts aimed at providing thought leadership in the development of 100 Smart Cities in India. He has also been associated with various Committees and consultation Groups of Government of India and multilateral and bilateral agencies aimed at bringing about refinement in the PPP structures and infrastructure financing.