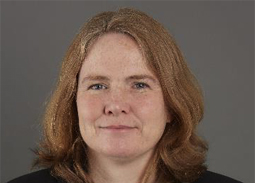 Morag Baird joined the Global Infrastructure Hub (GI Hub) in September 2016 on secondment from the UK government’s Department of International Development (DFID). She is Senior Manager of the Hub’s ‘Leading Practices’ team which facilitates knowledge sharing by analysing leading practices from around the world to develop tools and practical guidance for governments in both developed and emerging markets. Current areas of focus include PPP contract management, project preparation, risk allocation in PPPs and inclusive infrastructure.

Morag is a senior infrastructure adviser with over 25 years of experience working on infrastructure issues at both policy and project level including work based in DFID Ethiopia, Sierra Leone, Bangladesh, Eastern Europe and Central Asia as well as UK.

She joined DFID in 2000 and during her international postings she has led on development of infrastructure programmes and the relationship with partner government Ministries, private sector and NGOs. Prior to joining the GI Hub she worked at the European Investment Bank (EIB) for three years focusing on the ACP (Africa, Caribbean and Pacific) mandate, blended finance and infrastructure project preparation facilities, impact finance and results measurement.

Prior to joining DFID, Morag worked for a UK engineering consultancy and her expertise as a chartered civil engineer spans all main infrastructure sectors especially water, energy, and transport. She holds a Masters degree in Engineering from Cambridge University.