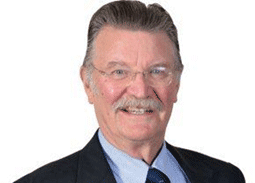 Government Technical Advisory Centre’s (GTAC) PPP Unit at National Treasury in South Africa. Among other projects, he is currently advising on the assessment of whether the redevelopment of six major South Africa’s Border Posts should be as a PPP. He also engages in many PPP training initiatives, the most recent being for the nations of Malawi and Tanzania.

James’ transport PPP experience includes acting as the National Treasury advisor to the Gautrain Management Agency (GMA), the governing body of Gautrain, Africa’s only Rapid Rail system. He is also the PPP Unit

representative on the task team developing a “Variation” in terms of National Treasury Regulation 16, providing for the acquisition of 48 new passenger rail carriages for Gautrain. As advisor to the GMA, James also advises its Financial and Social and Ethics Committees.

He is also currently working with the World Bank and the Johannesburg Stock Exchange to develop listing and trading requirements for PPP Project Bonds. This work has led to his involvement in the development of Tax Increment Financing for public services infrastructure at the municipal and national department levels. Another of his projects involves the assessment of the procurement of blue-water Emergency Towing Vehicles via a PPP for the South African Marine Services Agency (SAMSA).

James is a seasoned business/government relations professional with more than 35 years of diverse experience in international and domestic business development, mostly involving alternative service delivery. He has spent about half of his career advising local, regional, provincial and national governments on PPP options and the other half as a senior manager in various multi-national corporations competing for multi-year PPP