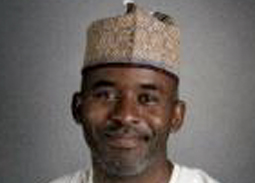 Mohammed Aliyu Bamalli is currently the Director of the Contract Compliance Department, comprising the Monitoring & Compliance/Policy and Regulation Units. His responsibilities entail monitoring compliance with the terms and conditions of every concession agreement entered into by the Government, to ensure its efficient execution.

Bamalli obtained his first degree in International Studies from the Ahmadu Bello University Zaria; a certificate in Investment Appraisal & Risk Analysis from Queens University Kingston Ontario, Canada. He is also an Accredited Counter Fraud and Counter Corruption Specialist (International) from the Counter Fraud Professional Accreditation Board & University of Portsmouth.

Between 2015 – June 2016, Bamalli served as Director of Support Services Department of the Commission, before then, as a key pioneer staff of the Commission, he helped in setting up and building the Commission from scratch as the Head of Human Resources and Administration from 2009 – 2015.

Before joining ICRC, he worked with the Economic and Financial Crimes Commission where he gained extensive experience in structural and organizational effectiveness first as Head of Human Resources and briefly as Head of External Cooperation Unit (donor relations). He started his public service career with the Bureau of Public Enterprises (BPE) in 2000 and later became the Team Leader of the Aviation Unit of the BPE and the Secretary of the Aviation Sector Reform Implementation Committee of the National Council of Privatization.